A Tribute to the Designer Sophia Kokosalaki

I first met Sophia Kokosalaki and her ex boyfriend—the photographer Bill Georgoussis—through our mutual friend, the stylist Sarah Richardson. I was thinking of them only last week as I passed the flat in Covent Garden they used to share and work from. Bill would do the catwalk lighting and music while Sophia would create the clothes, working with Sarah as her stylist for her London Fashion Week shows. Her clothes were gorgeous; they understood how to navigate a woman’s body in a way which makes you feel like the best of yourself—sexy, stylish and chic.

Sophia’s aesthetic drew on her love of her hometown Athens and the Ancient Greek myths, statues and landscape she grew up with; interfused with a rock and roll element veering on the gothic melancholia. I loved them. The draping and fall of the cloth echoed Madame Vionnet and Fortuny—as imagined by the goddess Athena on Mount Olympus— all while drawing on a filter tip cigarette listening to My Bloody Valentine at full blast. And Sophia in person was just like her clothes: dark, deep, warm and enveloping, a swish of blonde hair, Maria Callas eyeliner, always wearing black, great legs, killer heels with smiling matt red lips and sparkly intelligent eyes. This is how I remember her on many nights in Paris invariably ending up at the Hotel Costes over numerous fashion weeks. When she told me she liked a story I had styled for i-D I took it as real praise, as Sophia was not one to ever say something she didn’t mean.

The past few years have been a bit of a blur for me: having my son, styling less, working in parliament and launching Fashion Roundtable. So there are many people who I am genuinely fond of, but have not seen as much of. Sophia was one of those, who I think of with real warmth, but we are all so busy that life gets in the way of life. Sophia and Antony had their daughter around the same time as Jeremy and I had our son. As is all too often the way now, we would catch up via Instagram updates on the kids, work and of course with her living on the same road as Boris at the time, with Brexit. Her anecdotes on the baying crowds literally on her doorstep were hilarious: dark wit and light relief in uncertain times. 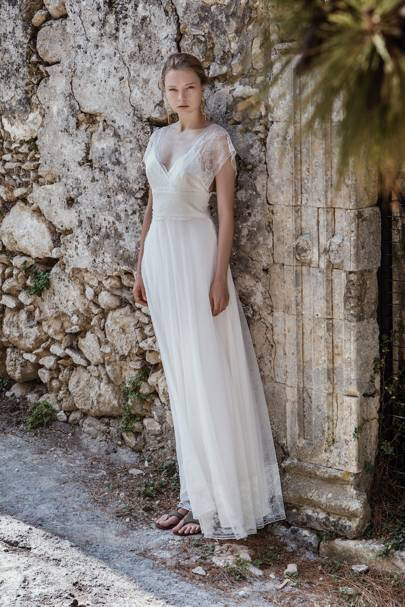 And this is what I recall when I think of Sophia’s clothes too: you knew what you were getting with a Sophia Kokosalaki silhouette, be that for Ruffo Research, Vionnet or her own label. You were never going to be short-changed, you were going to be offered the best version of yourself and you were going to have a rollicking great evening.

Sophia is gone too soon and there are no words to express my condolences for her family. Rest in power Sophia, you were one of the greats: a latter day Greek goddess